Looks like you are requesting to view the UK vertemax™
site from the North American region.

In January 2021 Vertemax Marketing Executive Callum Fry had the pleasure of interviewing Tom Coyd, Head Coach of England Wheelchair Rugby League team to discuss the world’s most inclusive sport and the squads desire to lift the World Cup trophy this year.

Having graduated from Leeds Beckett University in 2016 with a degree in Sports and Exercise Science Tom was approached by the team to become Assistant Coach, placing an emphasis upon the scientific approach to training sessions. After just over 2 years in the role Tom was promoted to Head Coach working alongside assistants Wayne Boardman and Martyn Rothwell as well as a team of sports psychologists, scientists and nutritionists.

Throughout the following article discussions will touch upon the growth of the sport, the team’s prior successes and its vision for the Rugby League World Cup taking place in England later this year. There will also be opportunity to find out how you can get involved if the article piques your interest and you want to start playing or volunteering.

Wheelchair Rugby League is often dubbed the most inclusive sport in the world and it’s for good reason! The sport is unique as it allows athletes who are disabled, non-disabled and any gender to play for the same team using the same rules.

Domestic presence of the sport is increasing year on year with approximately 20 established teams now playing across 2 divisions in England – Super League and Championship. Until recent years the majority of teams have been situated around the M62 corridor following the same trend evidenced in Rugby League. However, further development of the sport has led to the inception of 2 teams in Wales and Kent respectively, as well as 1 in Bedfordshire.

With many Rugby League Wheelchair World Cup games taking place in London the immense exposure could feasibly lead to many new teams being founded throughout the midlands and the South of England!

Since Tom became involved with coaching the side the team have conducted two successful international tours within Europe and Australasia. The first, played in June 2019, saw the team become the first ever nation to defeat France on home turf – the reigning World Champions from 2017.

After this success the side toured Australia in November 2019 for two weeks winning all 5 of their matches – 3 against state teams and 2 against Australia. 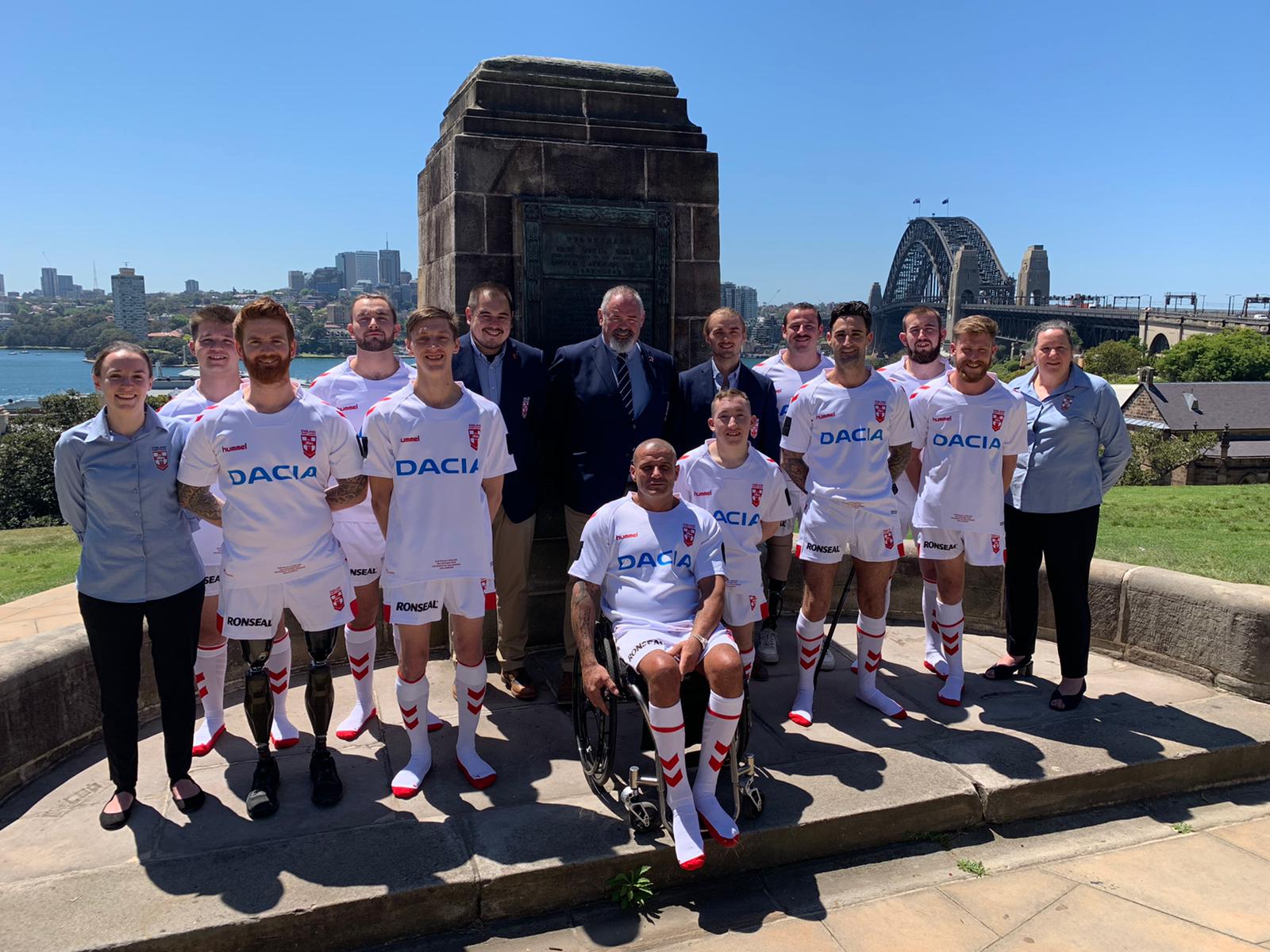 Sadly, plans to host France and the home nations in 2020 were cancelled as a result of the global COVID-19 pandemic, however, a test match on 26th June has been arranged against Wales to assist team selection ahead of the World Cup in November.

Currently, over 200 fantastically talented players compete domestically making the coaches jobs equally exciting and difficult ahead of the World Cup. As vaccinations are rolled out throughout the UK Tom and his coaching staff are optimistic that regular training will recommence in Spring giving players a few months to showcase their ability before a final squad of 12 is decided later in the year. 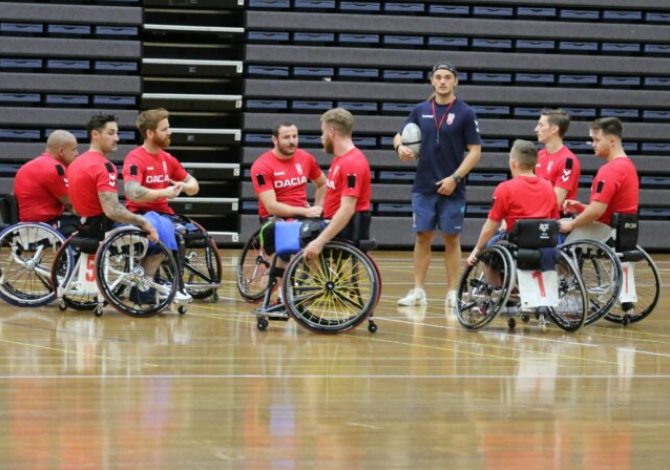 At the Rugby League World Cup 2021 Men’s, Women’s and Wheelchair competitions will be taking place alongside each other signifying the first time that any sporting competition has ran all 3 competitions in unison. Promotion will be spread across all 3 competitions with coverage shining a light on the action through terrestrial TV and online streaming. In addition to this every player will receive the same match fee regardless of which competition they are playing in – a phenomenal achievement demonstrating equality across the sport.

Between 11th November and 17th November, the England squad are scheduled to complete their group games against Spain, Norway and Australia at the Copper Box Arena, London with hopes of advancing to the finals stages where they will meet either France, Wales, Scotland or the USA at The English Institute of Sport, Sheffield.

The tournament concludes with the final on 26th November at the 11,000 capacity M&S Bank Arena, Liverpool. Hopeful fans are optimistic that they will be routing for England (either in person or through their TV screens) as the potential to seal the World Cup trophy on home soil is realised!

England staff are hopeful that the influx of viewership from the World Cup will take the sport to the next level with heightened exposure leading to the formation of teams across major cities such as London and Liverpool (where teams do not currently exist). The long-term goal for is for Wheelchair Rugby League to be on the same level as both Paralympic and Invictus Games and the World Cup is one of the first steps to achieving this.

Vertemax are keenly following the England Wheelchair team and fully support Tom in his Head Coach role. Through sponsorship opportunities Vertemax have been able to provide one of the England team with a unique, custom fit RGK Wheelchair made of the best components available. Providing players with the best kit could be an important differentiating factor for the players and team as the World Cup approaches.

Keep up to date with the Rugby League World Cup by visiting RLWC2021.com and monitor the England teams’ preparations by following @England_RL on Twitter.

Evolution of the vertemax Barrier System

Sign up for our newsletter to read this edition 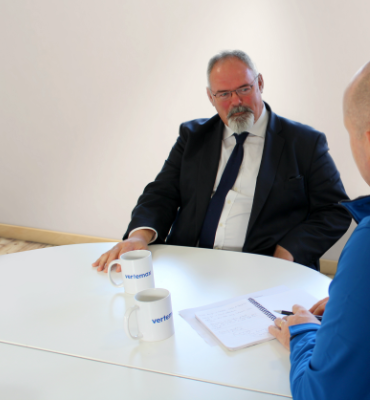 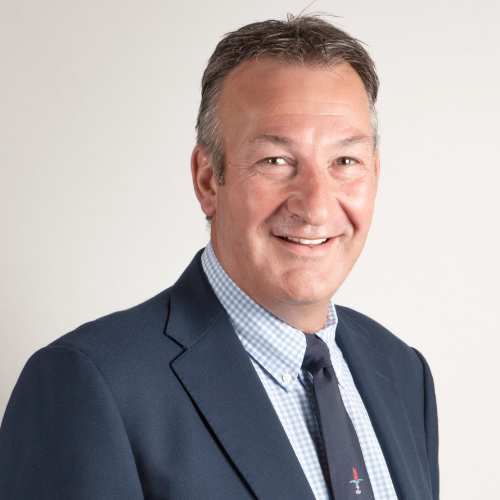